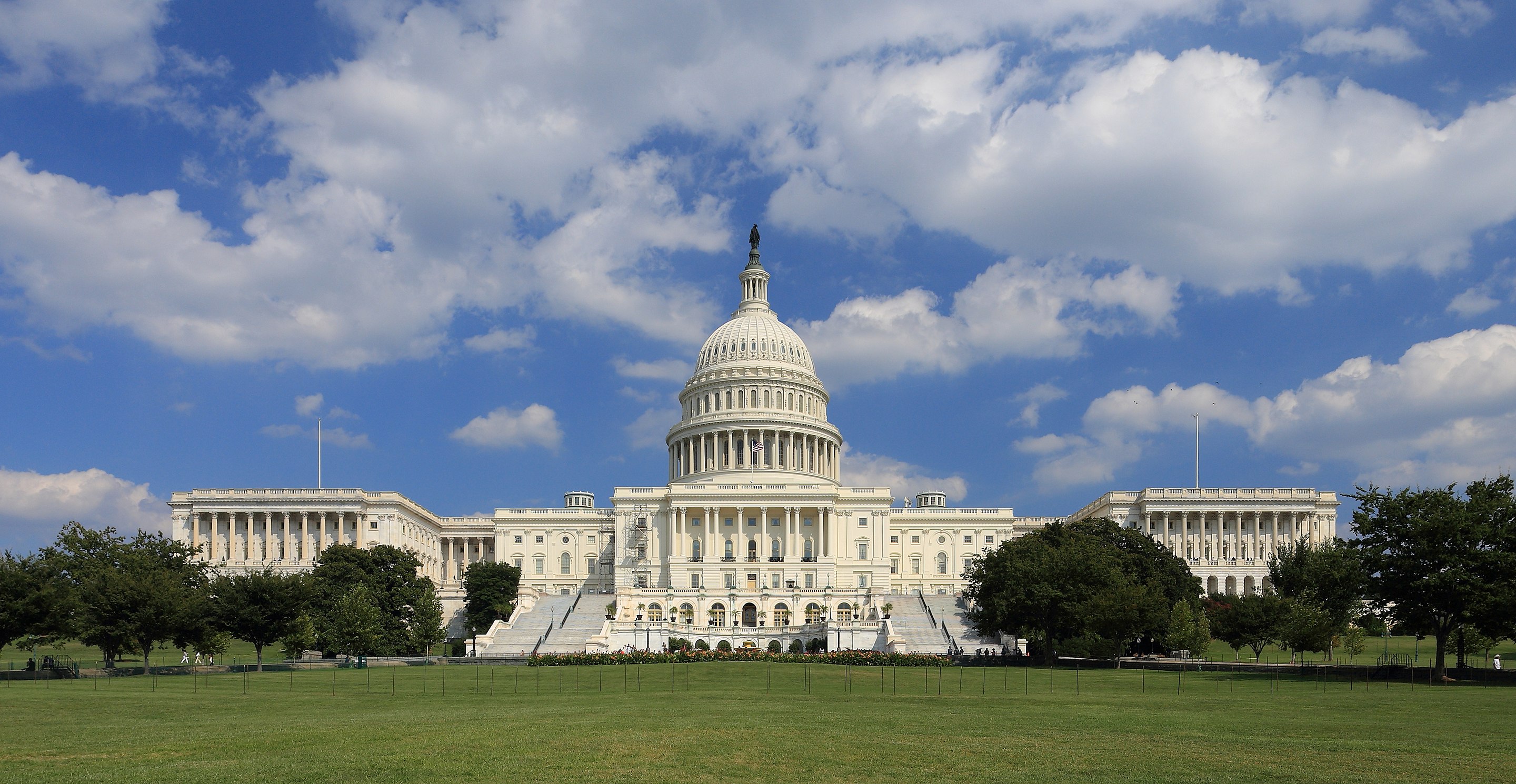 “There are decades when nothing happens; and there are weeks in which decades pass”. This famous quote from Vladimir Ilyich Lenin would be perfectly applicable to what we experienced last week in the US, at the Capitol, with the attempted coup. That if it weren’t for this 2020, that every week has seemed like decades to go, of course.

So far we have been accustomed to Trump and his unbridled chat on Twitter that has been the tone of his term (mental note: I guess someone will have looked to see if he and his entourage have benefited in any way from the ups and downs he has caused in the stock market with each of the nonsenses he has tweeted). We have seen how he gave not only credibility, but also repercussion, to all sorts of conspiracy theories: the use of MMS to cure COVID; continuous claims contrary to the most elementary science; and most importantly, to QAnon and the famous PizzaGate, which he already used during the election campaign about four years ago now.

What has happened is that, as some journalists from the New York Times, the Washington Post, The Guardian, and other reputable media have been warning for months, Trump has resisted leaving power. What we saw last week was more than a century ago unthinkable in the US: the still (outgoing) president of the world’s oldest modern democracy encouraging his most radical followers to take the Capitol by force, is to say, the congress and the senate, just the day the victory of the new (incoming) president was to be ratified and the transfer of powers begun. That is, President Trump seeking to forcibly retain the power that the polls have not renewed, from lies, conspiracies, and to ignite the spirits of radicalized supporters, holding a rally alongside the Capitol and always, igniting with the speech to those present and on social media. And with all that, further eroding confidence in American institutions and democracy, and thus creating perhaps, more disenchanted with the political class and institutions, which is the breeding ground for generating future voters of populisms like Trump.

The consequence on the networks has not been long in coming. First, Twitter and Facebook temporarily suspended their personal account; then Twitter suspended his account permanently and Facebook “indefinitely.” And in return, his followers moving to the social network Parler, which has become the meeting place for far-right radicals, conspiratorial, and other elements of dubious judgment and worse forms. The latest move in this tug-of-war has come from the hand of the other big technologies that provide these social networks with their basic infrastructure: the main one, AWS (Amazon Web Services), which houses the systems of Parler, who has already announced that he will stop providing services to them, with the corresponding threat of radicals attacking AWS data centers (forgive the computer joke,but Speaking now will be entirely serverless); Apple removing the Talk app from the App Store; Google doing the same with the Play Store on Android devices.

But what I want to talk about is the role of social media in particular throughout Trump’s tenure, and more generally in the role of the big techies. Twitter was one of the first to act –although we could say they were all late– in trying to limit the spread of fake news and conspiracies, labeling the tweets of President Trump (and others) to indicate that they could not be reliable; Twitter has also been the first to permanently cancel Trump’s account, and has made several public statements throughout his term regarding the president’s excesses and the misuse of social media to spread lies for electoral purposes.

Facebook however, has hardly acted during the term, and when it did, it did so in a very ambiguous way. In fact, Facebook is the social network that has given the most wings to conspiracies like QAnon, calls for election fraud by Trump, far-right groups, and characters and posts like Steve Bannon and Breitbart News. No wonder: one of the most prominent members of Facebook’s board of directors and a person very close to Mark Zuckerberg is Peter Thiel: a well-known billionaire in Silicon Valley, the group of anonymous PayPal Maffia, who was a major donor to the Trump campaign (despite being gay, for whom President Trump has no sympathy), and who is the architect of much of the politics that Facebook has followed to grow and gain power at any price. It is worth noting that Mr. Thiel is also one of the directors and co-founder of Palantir Technologies, which also played an important role in the massive data espionage denounced by Edward Snowden.

Beyond that, Facebook has always defended their historical inaction based on freedom of speech and arguing that they are only the medium, and therefore have no responsibility or censorship of content. So, one wonders: why enter this account deletion game now? And if they do it out of conviction following the latest facts, why don’t they suspend his Instagram account? It seems to me a purely cosmetic account cancellation (that of Facebook).

This whole situation raises some questions for me:

The medium. In such an image-driven society, one has to wonder what kind of “coup d’état” Trump supporters were pursuing: one with real chances of success, or a coup for Instagram? Looking at the pictures with the “shaman of QAnon”, the radical posing in Nancy Pelosi’s office… and thinking with a minimum of common sense about how it could all end, it seems clear to me. It may have been the result of the rampage caused by Trump’s harangue alongside the Capitol, but I highly doubt Trump expected to gain much time in the countdown or achieve a real coup. That’s why I think it’s an “Instagram hit”, and it’s not a minor issue. And maybe that explains why Facebook has suspended Trump’s Facebook account, but not Instagram’s.

Freedom of expression and censorship. Is the censorship of someone’s Twitter account censored by Twitter? After all, it is a private company that provides a service (free for users) under conditions of use that allow it to do so. Televisions, radios and newspapers have their advice and their editorial line, and they also decide what they publish and what they don’t. Do we need to regulate social media if they get a lot of influence, if we didn’t do it with the mass media? And if we don’t, how can we manage the social impact they have and the tendency of algorithms to provide polarizing messages (because they generate more attention) and, consequently, to the radicalization of ideas? Radical and far-right groups have just moved on to Parler (by the way, Parler was cofounded by Rebekah Mercer). Well, less noise on Twitter. Tomorrow it could be another company, and it could be another company applying that kind of rules. We need to turn social media into more or less public services on distributed platforms, or at least out of the control of the Big Tech, such as Mastodon? It’s interesting to note the contrast between two media outlets: Facebook (Zuckerberg / Thiel), as an advertising agency, and the Washington Post (owned by Jeff Bezos, owner of Amazon) with whom Trump has maintained a permanently open conflict. In other words, “censorship” can also be seen in Apple’s management of its App Store, often removing applications that take time without any reasonable reason in accordance with its own policies. It’s a private company and the App Store is their backyard and they do what they want, but we can’t ignore the power of the platform (the network effects) and the impact their decisions have on small businesses. development, on media, on individual consumer decisions and, ultimately, onabout the democracy of any country where they have enough users. Is censorship what they do? Should it be regulated by some higher body? Should we consider certain services as of general interest?

Radicalization. Trump’s radical followers now threaten attacks on Amazon data centers for canceling services to Parler. They show as much ignorance (the location of AWS data centers is secret and their physical security is maximum), as determination in defending their ideas at any cost, above any other and at any price, and without the slightest space for doubt, debate or criticism. The feedback between conspiratorial ideas, false news, weak and discredited leaderships, and populisms with simple solutions and escape-goats to a situation of great uncertainty, is something we already experienced in Europe in the thirties of the last century. We must therefore think about how to manage politics in the immediate future in the face of the growth of populism.

From all this I draw three reflections and a prediction:

First reflection. I am quite convinced that some of Trump’s most radicalized advocates do not see themselves as advocates of a particular political choice; I think rather, believing themselves to be critical, but believing in the conspiracies of QAnon and company –ignorant skeptics– they see themselves as defenders of liberties and perhaps, potential martyrs. Update Jan 11, 2021: The New York Times published yesterady an article about how white evangelical christians fused with Trump extremism into a kind of holy war or, in other words, religious fanatism. So supporting Trump is even more than before a matter of messianic faith towards Trump.

Second reflection. I think it’s critical that we incorporate Marshall McLuhan’s work “Understanding Media. The extensions of a man” into schools. As I pointed out earlier, the fact that the channel far from being neutral is the message itself is increasingly true. It’s better to keep this in mind.

Third reflection. The importance of philosophy. Philosophy needs to be brought urgently to the classrooms at all stages of compulsory schooling. I’m not talking about the history of philosophy –which would also be good, because context matters– but about learning how to think. A clear example in the context of Trumpist politics: the paradox of tolerance (or Popper’s paradox). When we think about this paradox, it is important to remember the context: Popper was born in Vienna, into a family of Jewish origin, and lived through the rise of Nazism being forced into exile in 1937; therefore, he had experienced first-hand intolerance and its consequences.

Forecast. In 1981 a crazy guy wearing a three-cornered hat attempted a coup in Spain (this hat was part of the official uniform of the Spanish' Guardia Civil, and this hat is called “three-horned” in Spain). In 2021, in just one week we have already seen another crazy guy with two horns (the “shaman of QAnon” or also called “Yellowstone wolf”) participating in an attempted coup in the US, making selfies in the senate dais. Following the exponential logic of our days, we will not need another forty years for the next coup d’etat; let’s wait 10 or 20 years and maybe we’ll see a coup perpetrated by a (tech) unicorn 1. Only maybe he will do it slowly and not in a performance of a few minutes of glory, so that “the effect is achieved without noticing the care being noticed.”